Climate in Africa is changing and the most immediate impact is from extreme climate events such as drought, floods, storms and cyclones. Knowledge on how this will adversely affect African Governments' roads and transport is weak and there is no common guidance on how to best deal with climate effects at present and in the coming years.

The overall objective of this AfCAP regional project, carried out by a consortium led by South Africa's Council for Scientific and Industrial Research (CSIR), is to promote climate-resilient rural access in Africa through research and knowledge-sharing within and between the participating countries.  The purpose is as follows: 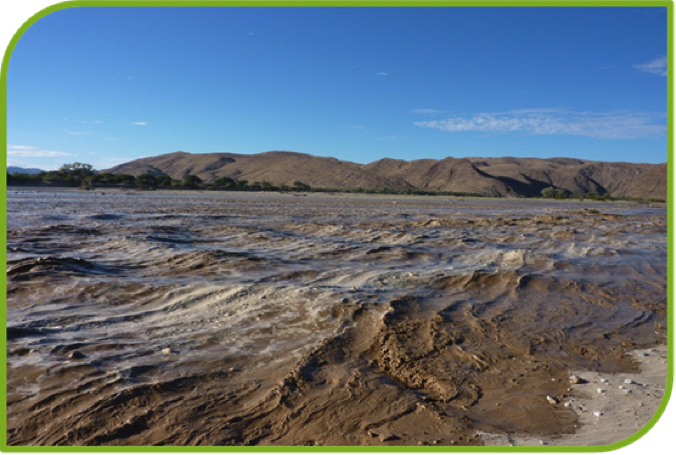 All AfCAP partner countries have agreed to participate in this 32-month programme. In the first eight months (Phase 1), Climate Adaptation Guidelines were produced to initiate a sensitisation programme, linked to an introductory knowledge awareness raising and capacity building.

The Project Team focuses on uptake and subsequent embedment of outcomes. This is addressed through a range of interventions from informing national policies, through regional and district planning, down to practical guidance on adaptation delivery at rural road level.

The main beneficiaries of the AfCAP regional project on Climate Adaptation are Sub-Saharan African Road and Transport Ministries, Departments and Agencies, as well as regional institutions, NGOs, universities and research organisations, and particularly those based in AfCAP partner countries.

Three partner countries have been selected to participate in specific demonstration trials to optimise approaches and deliver climate and social resilience. These are: Ethiopia (Eastern Africa), Mozambique (Southern Africa) and Ghana (Western Africa). The selection process of the partner countries is described in the project’s Inception Report.

Based on a full needs assessment, research has been carried out into appropriate and economic methodologies for vulnerability and risk assessments; prioritisation of adaptation interventions; and optimisation of asset resilience in the context of rural access. In addition, evidence of cost, economic and social benefit links to rural communities arising from more resilient rural access is required to support wider policy adoption across Africa.

A Handbook has been developed to address climate adaptation in a new and practical way. It covers a wide range of climatic, geomorphologic and hydrological circumstances, based on application to Mozambique, Ghana and Ethiopia, but equally applicable to any Sub-Saharan African country. Produced for low volume roads, the principles also apply to high volume roads, although there will be differing priorities and design parameters.

There are three specific, overlapping applications of the Handbook: new infrastructure and structures, rehabilitation & retrofitting, and maintenance.

There are five stages in the adaptation process, as follows: 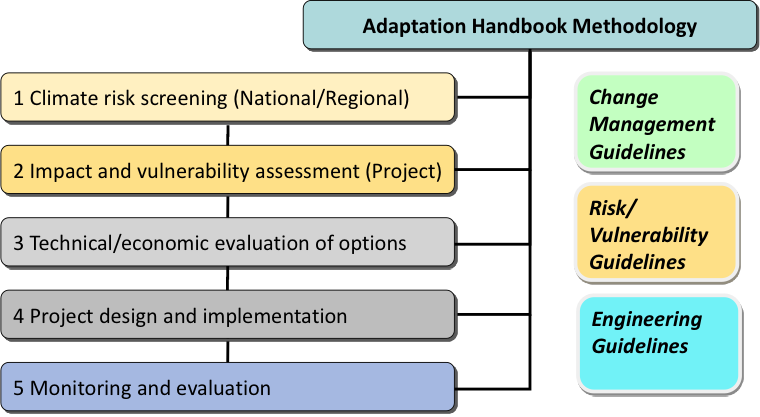 The Handbook sets out the overall approach and is supported by the following technical Guidelines.

Management of Vulnerability and Adaptation to Climate Change: Ghana, December 2018

Management of Vulnerability and Adaptation to Climate Change: Mozambique, February 2019

African Development Bank: Africa Climate Change Fund (ACCF), which aims to support African countries in their transition to a more climate-resilient and low-carbon mode of development.